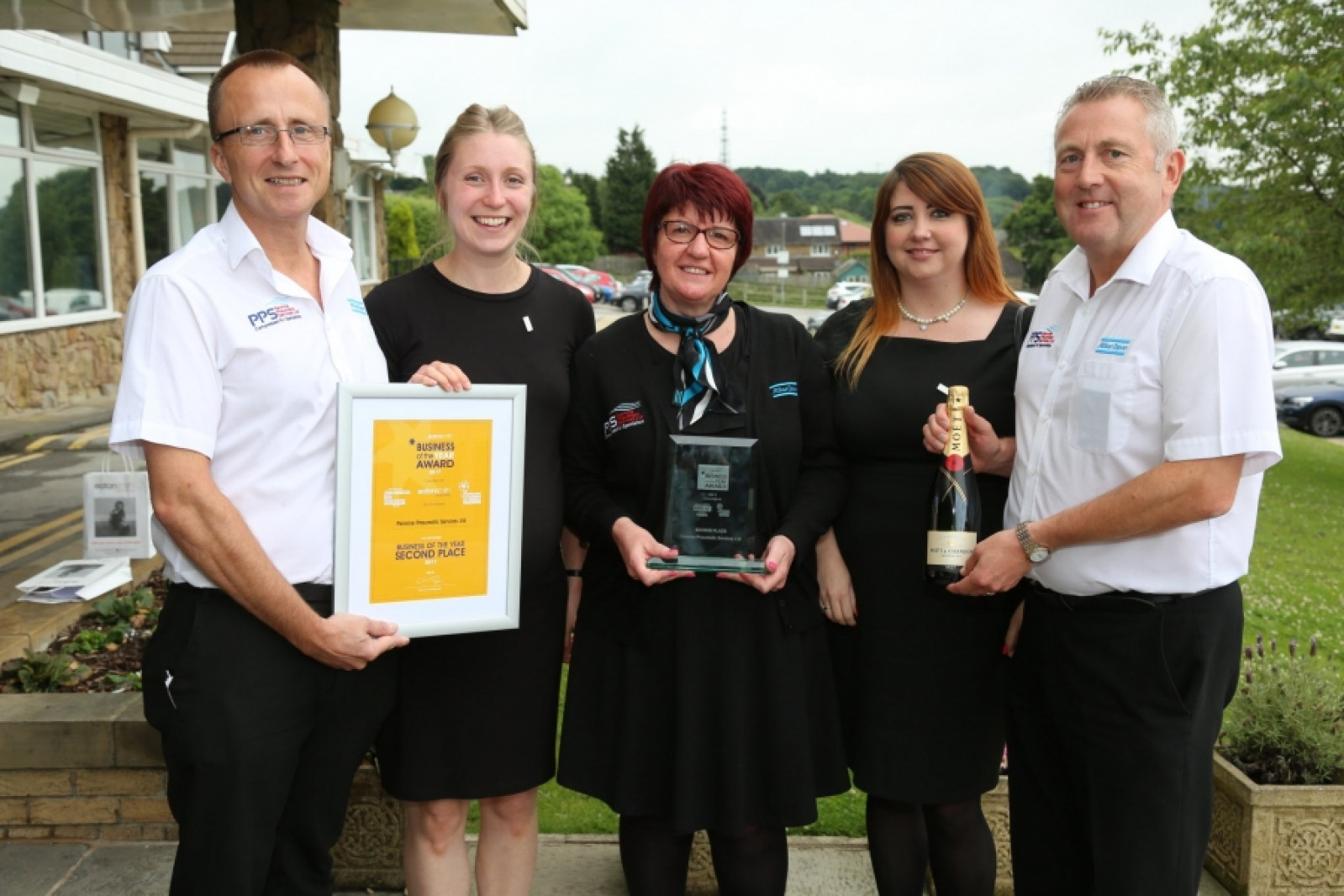 The team at PPS were thrilled to win second place at the prestigious Eaton Smith Awards 2017, held on Friday 1 July.

The award was presented to Director Ian Harrison at a breakfast ceremony held at Cedar Court Hotel, Ainley Top in Huddersfield, attended by members of the business community, including previous winners and judges. Speakers at the breakfast included representatives of Eaton Smith, last years overall winner and the Mayor of Kirklees, Christine Iredale.

Launched in 1995, the Eaton Smith awards comprise a monthly award at which one winner is selected and annual awards where the 12 monthly winners battle it out for first, second and third place.

Having won the monthly award in August 2016, PPS was automatically entered for the annual awards, and staff attending were delighted to see the company win second place. Cake company Proper Maid was awarded first place and third place went to Yorkshire Payments, both worthy winners.

Huddersfield-based, multi-disciplinary law firm, Eaton Smith, organises and runs the awards, with entries coming from across the Kirklees, Calderdale and Wakefield regions.

The awards acknowledge the many excellent businesses operating in the area and offer well-deserved recognition for those who stand out in their field.

Gary Whitaker, Managing Director of PPS, said: The Eaton Smith Business Awards are recognised as well-established and prestigious awards within the region. We are delighted to have won second place at the annual awards and Id like to thank the team at PPS for their hard work and dedication behind the scenes, which helps us win such accolades.